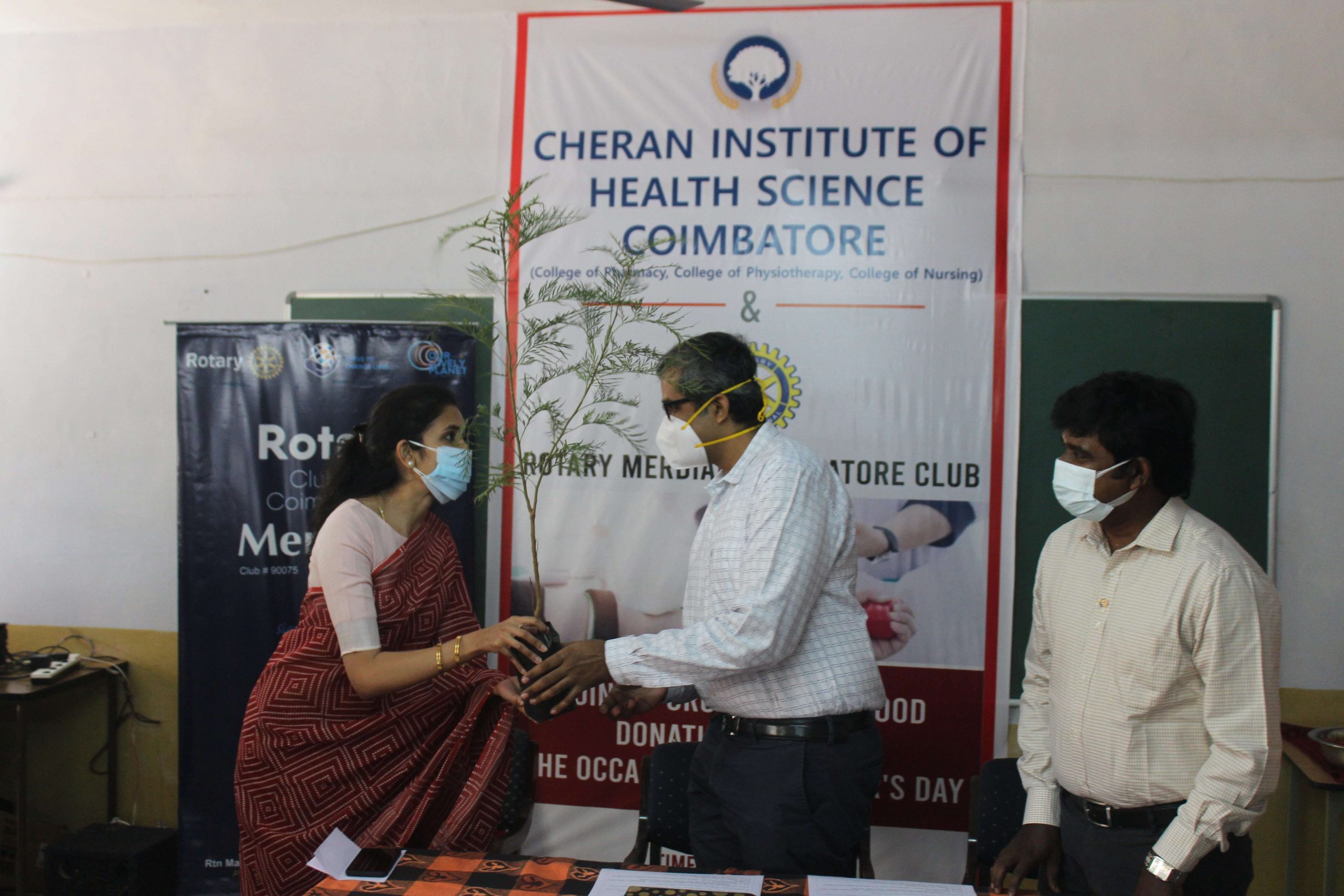 On 18th August 2021, Cheran Institute of Health Science (Coimbatore) teamed up with Rotary Meridien Coimbatore Club to organize a blood donation drive as part of their Founder’s Day celebrations. The blood drive turned out to be a huge success thanks to the remarkable efforts of the entire team. The colleges of Pharmacy, Physiotherapy and Nursing under Cheran Group of Institutions witnessed active participation from their students, faculties and staff members throughout the campaign. The Rotary Club of Coimbatore has organized multiple sustainable projects for the past 75 years, and the recent blood drive became their latest successful initiative.

Cheran Colleges was founded in 1991 to offer innovative and resourceful education solutions to its students. It has also been involved in numerous philanthropic projects for several years. The Rotary Club of Coimbatore is an integral part of the rotary movement in India, and has been committed to the principle of ‘Fellowship through service’ since it was inaugurated in May 1943 by Sir Authour Hope (the then Governor of Madras).

Traditionally, paper certificates are provided to acknowledge participation during similar events. But the downside is that such certificates are static, hard to manage, and they are also quite easy to forge or tamper with. This makes it difficult to take ownership of the certificates, organize them efficiently or interact with them digitally.

Straying from tradition, the blood donation drive sought assistance from blockchain-driven startup Authlink to create digital certificates for the participants. By taking a paperless route, it became simple to handle all the certificates digitally. The highly convenient e-certificates work as proof of participation in the campaign and are easy to verify online. They are also digitally associated with information about the campaign and its participants for future reference. Authlink’s efforts thus helped promote data authenticity and manageability throughout the event.